If you’ve ever walked behind the German Embassy in Prague you may have noticed a very bizarre sculpture of a car on legs. This is one of David Černý’s earliest works in 1990 called “Quo Vadis”. It is a bronzed Trabant car with four legs. It had been in the Old Town Square, but was moved to the German Embassy in 2001.

The sculpture represents the mass exodus of East Germans who camped out in the gardens of the embassy before being granted permission to travel freely to West Germany in ‘89. Among the 4000 Germans who stationed themselves there, many left their Trabants, or Trabbies as they called them, behind. After the exodus East Berlin deployed around 70 drivers to clear the streets of Prague of the 1,600 cars abandoned by the East German refugees. 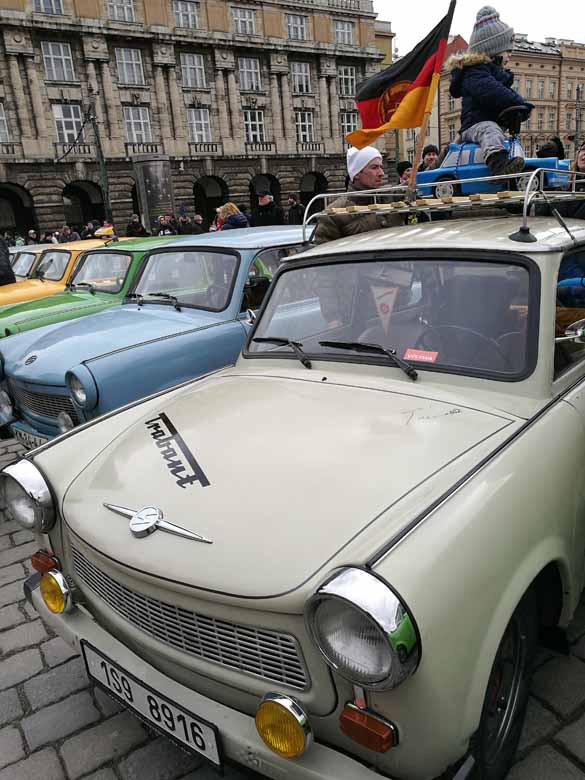 The Trabant was originally meant to be a 3 wheel motorcycle which developed into a car and was produced from 1957 to 1990 by former East German car manufacturer VEB Sachsenring Automobilwerke Zwickau. The car started as a small two-stroke engine with two cylinders and weighed about 600kg (1,100 pounds). The body of the car was plastic. So it is seen as symbolic of the defunct East Germany and the collapse of the Eastern Bloc.

Trabbies have somewhat of a cult following with many collectors all over the world. It is sometimes referred to as “a spark plug with a roof”, 3,096,999 Trabants in a number of models were produced over nearly three decades with few changes in their basic design. The Trabant also gained a following among car tuning and rally racing enthusiasts.

5 years ago, Dan Přibáň led a Czech-team expedition traveling in Fiats, Jawa motorcycles, and Trabants across Australia and Southeast Asia and documenting how this little car with charm and gusto can go through challenging terrains. Přibáň has produced the following documentaries; With Trabants to the Last Breath, Trabant at the End of the World, Trabant Goes to Africa, With Tranbants to the Last Breathe, Tranbant from Australia to Asia, and Trabant in India and from home.

I certainly wouldn’t mind driving around in this cute little car.

You can also visit the Trabant Museum in Prague, visit their website. 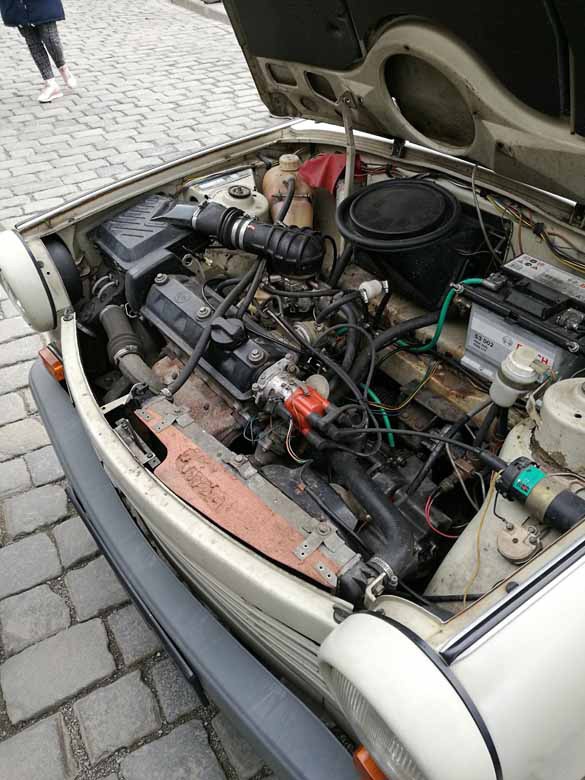 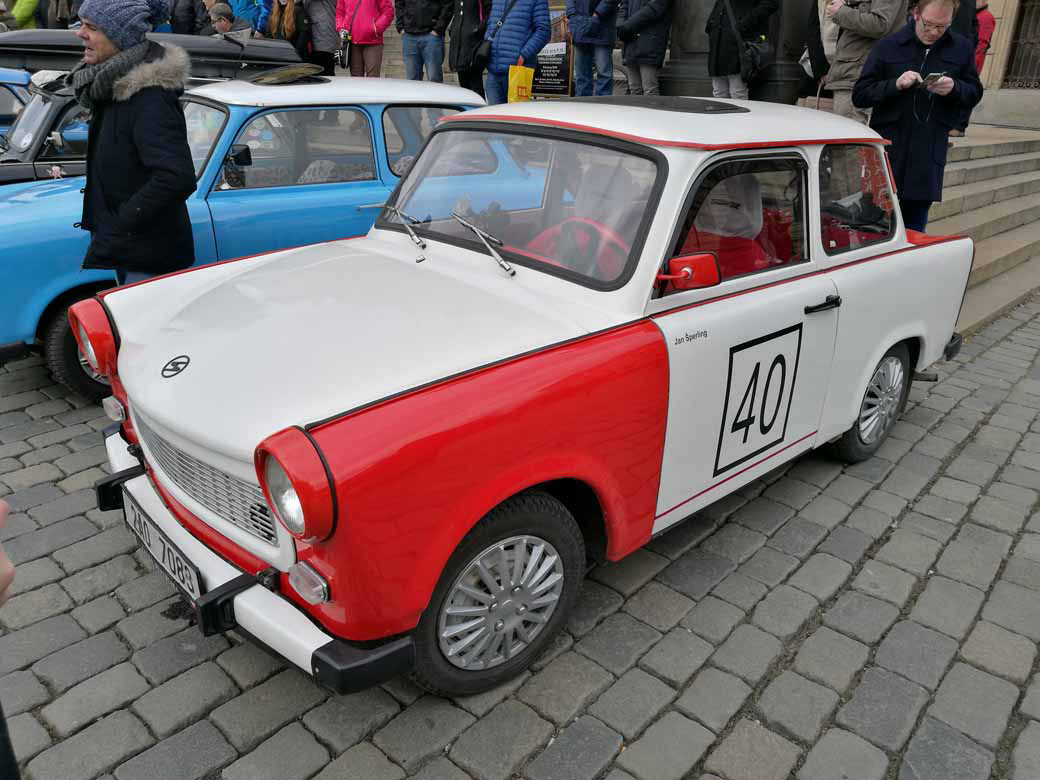 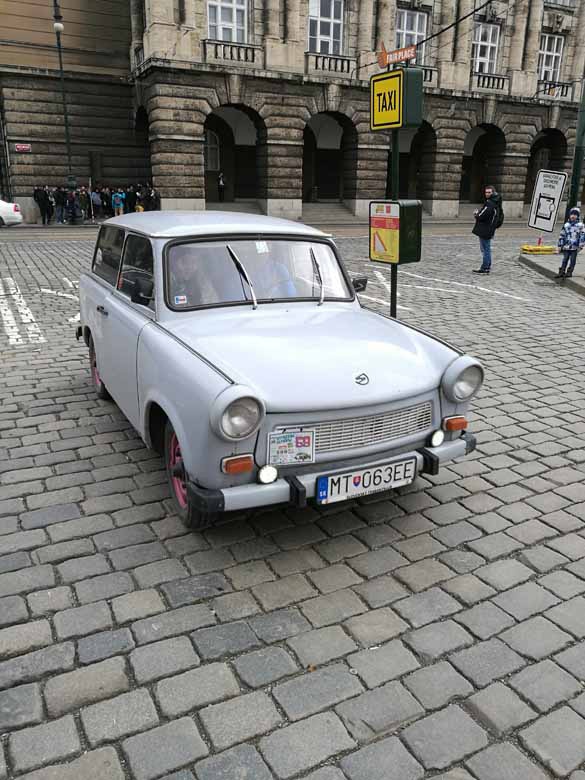 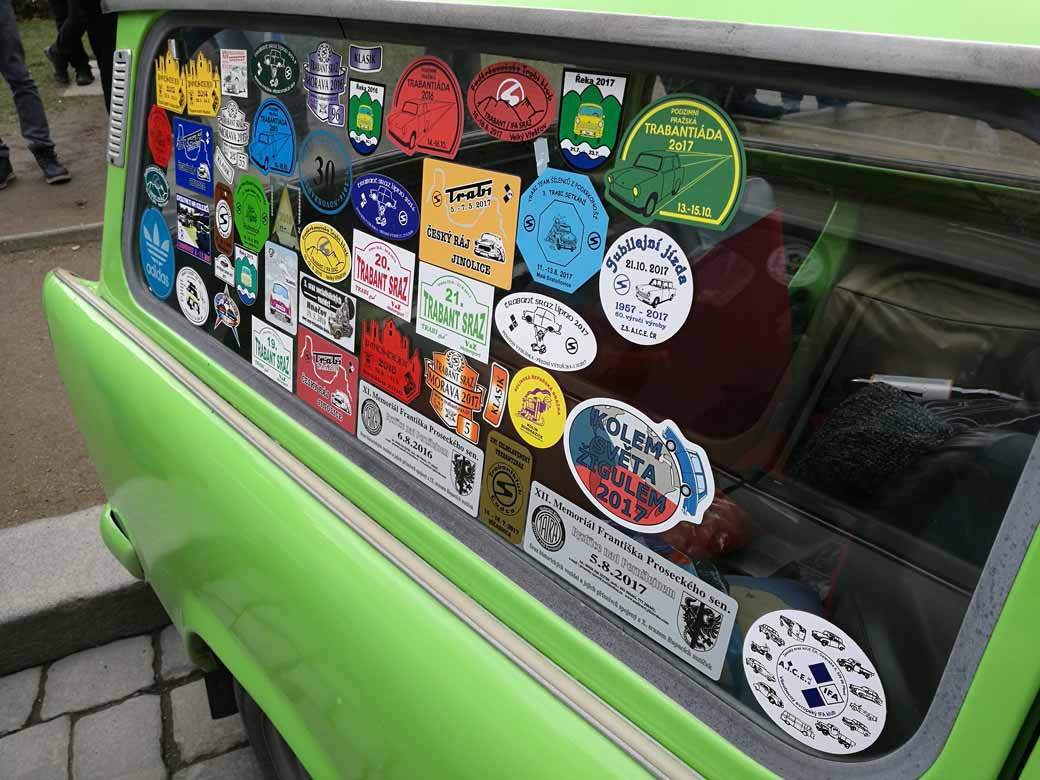